Earlier this year we outlined the 13 Major Areas in US Immigration that needed to be addressed if real immigration reform can have been said to take place. Since then the major US Immigration bill has been submitted to the US Senate for Debate and currently there are about 300 amendments and counting filed to committee in relation to that bill.

Many of these amendments are peripheral like small quota number changes, fee amounts and slight procedural changes but many of them are loony, insulting, sure to cause those might otherwise vote for to vote against and generally not actually addressing the fundamental need for reform. Senator Chuck Grassley form Iowa, who has previously submitted anti-immigration bills to the US senate, alone has submitted 77 amendments along with a desire to hold off debate until all the Boston Marathon Senate inquires are completed which essentially is a ploy to kill the bill entirely. Senator Ted Cruz of Texas wants to block any chance of illegal immigrants to gain permanent legal status in US and Senator Mike Lee of Utah has proposed that current undocumented immigrants in the US can only work in servitude roles likes babysitters, house-servants, cooks, etc. Senator Patrick Leahy of Vermont who general sides with the Democrats wants same sex couples to be recognized which is sure to mean most Republican support for the bill is lost and thus no Immigration reform at all.

Funnily enough all this comes at the same time as New York City’s council in considering a proposal that will allow all tax-paying residents for 6 months and longer in NYC be they US Citizen, Permanent Resident or Legal Visa holder will have the right to vote in Mayoral and Council elections in NYC.

It would help if all relevant stakeholders bore these 11 charts and points in mind when debating as to the fundamental need for immigration reform for the US economy and thus all Americans. (from Business Insider)

1. Foreigners Start More Business Than US Born Citizens Every Month 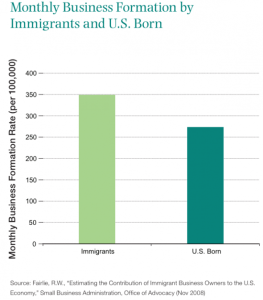 2. Foreigners Earn Patents At 3x The Rate of  US Born Citizens 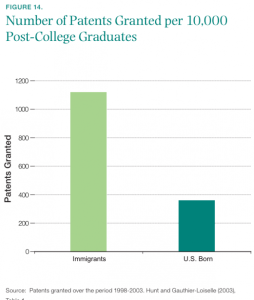 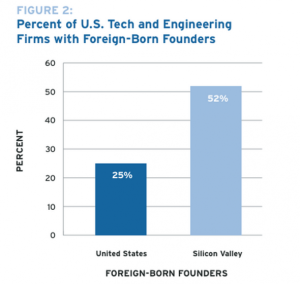 4. Immigrant Contribute Far More in Taxes Than is Given Back in Benefits 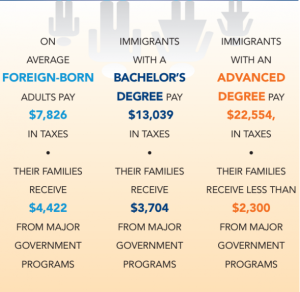 5. US Graduation of Engineers is Alarmingly Low vs. Rest of World 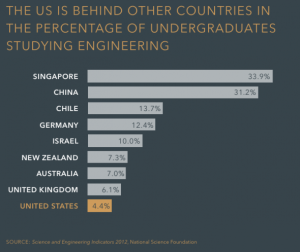 6. All Growth in Last 40 Years of US University PhD Grads Have Come From Foreign Born Individuals 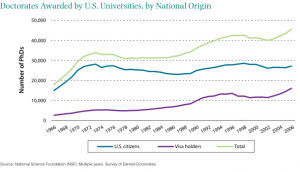 7. US Has Over 1 in 5 of All International Students in the World 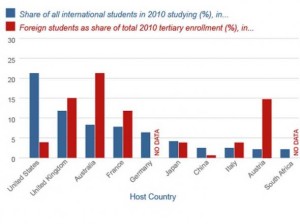 8. Only Tiny Fraction of US Educated Foreigners Go Onto Work in US and Contribute to US Economy 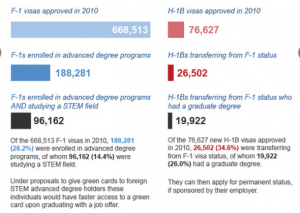 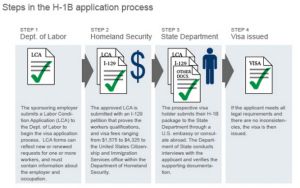 10. Only 7% of US Visas Issued Are Permanent Meaning High Skill Workers Leave 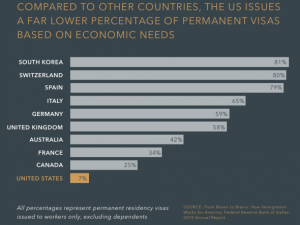 11. US Issues Less Visas to Skilled Immigrants (13%) Than Already Low Level 20 Years Ago 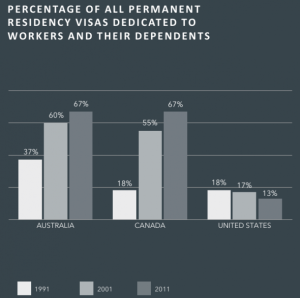 One of the many changes President Obama has promised America is immigration law reform. Many ideas have been discussed. One of them is the DREAM Act, sponsored by Senator Lugar from Indiana and Senator Durbin from Illinois, among others. The basic idea is to allow certain illegal immigrants who were brought here by their parents at a young age and who have been educated in American schools to become permanent residents.

Under the DREAM Act, certain undocumented individuals could become legal residents. The first step in this process is for the individual to enroll in some type of higher education, such as a university, vocational school, or apprenticeship program. Another option is to enroll in the U.S. military. If certain requirements are met, this person may apply for conditional residency in the U.S. Upon receipt of an associates degree or a 2-year equivalent within six years of the initial petition, the conditional status can be changed and the individual can become a legal permanent resident of the United States.

One of the ideas behind the DREAM Act is to better utilize the taxpayer dollars that are being used to educate illegal immigrant youth in public schools across the country. If these youth are willing to continue their education through additional schooling or through the military, they would be allowed to become a legal part of our society without the fear of losing their families through deportation. In addition, the DREAM Act initially only benefits those who most likely were taken across the border by their parents through no decision of their own. Many of these individuals have spent more years illegally in the United States than in their home countries.

The DREAM Act could be merged with other legislation as part of comprehensive immigration law reform in 2010. If other ideas do not receive the necessary support from members of Congress, the DREAM Act could be enacted without additional reform measures. Either way, even the proposal of such legislation gives hope to many people now living in the United States who currently have no way of becoming a legal resident.